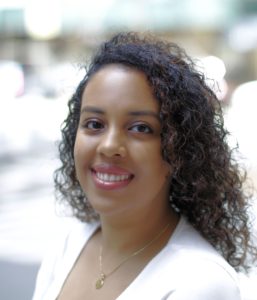 Rahel is a Program Associate at the New World Foundation working closely with the Quality of Jobs Fund, Climate Action Fund, and the New Majority Fund. Prior to NWF, Rahel worked as a Consultant with Marga Inc.  In this role, she worked with organizations, universities, and philanthropies on building community economic development portfolios and racial and equity-based grantmaking and investments. Rahel has worked across many industries and sectors including local and federal government, non-profit, consultancy and philanthropy.  Rahel’s most recent philanthropic work was with the John A. Reisenbach Foundation and the Rockefeller Foundation where she focused on community economic development at the intersection of intentional philanthropy. At The Rockefeller Foundation, Rahel’s work focused on strategy and planning on how to unlock private capital gains in low-income area investments, known as the national Opportunity Zones project. During her time at The John A. Reisenbach Foundation, as a Program Officer, Rahel created the foundation’s first impact investing Accelerator project. She also managed the foundations’ grants and programs portfolio.

Before moving to New York City, Rahel worked for The Family Place, the largest service providing domestic violence agency in Texas. In this role, she helped lead a $20M capital campaign, worked with the CEO to open the first men’s domestic violence shelter in Texas and worked on a $7M community reinvestment act project with JPMorgan Chase. In addition to her role at The Family Place, Rahel served on the Mayor’s Domestic Task Force, leading a city-wide lethality assessment program for family safety.  Rahel dedicated her early career to serving victims in gender-based violence and worked in pushing the Violence Against Women’s Act legislation during her time at the White House under President Obama’s Administration and during her time in the U.S. House of Representatives.

Rahel is an avid Texas fan and a native of the great state. She holds a Master’s in Public Administration with a concentration in Urban and Social Policy from Columbia University’s School of International and Public Affairs (SIPA) and a Bachelors in Political Science from Texas Tech University.