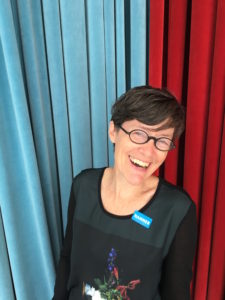 Mary Beth Maxwell is a consultant and senior advisor to several foundations and advocacy organizations on the Future of Work and currently completing a Fellowship on the Future of Workers. After serving as National Field Director for Jobs with Justice she became the founding Executive Director of American Rights at Work, a think tank founded to re-imagine worker voice and labor policy for a 21st century workplace.  She served in the Obama Administration in several roles including Principal Deputy Secretary for Policy at the Department of Labor where she led on a range of issues including minimum wage and overtime, paid leave, labor standards for homecare workers, and LGBT workplace equality.  She most recently served as Senior Vice President for the Human Rights Campaign Foundation leading on a range of LGBT equality issues including HRC’s signature Corporate Equality Index and Global LGBT Equality initiatives.

MB is a proud native of Nebraska and lives in Washington DC with her 18 year old son.