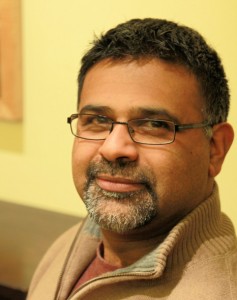 Heeten Kalan is a Senior Program Officer & Director of the Climate Action Fund, the New Majority Fund, and the Phoenix Fund for Workers and Communities. He also oversees NWF’s Fracking Fund, while working closely with allied funders and donors on issues related to fossil fuels and climate change.

Having grown up in apartheid South Africa, Heeten works closely with many South African environmental justice organizations and since the fall of the apartheid regime, he has focused his activism on heightening awareness of the links between the environment and all aspects of health, and the broader socio-economic consequences of unjust environmental policies. He also has many years of experience working on human rights issues in northern Ireland witnessing first hand some of the bloody Orange marches of Drumcree along with elements of the peace process.

Heeten holds a Bachelor’s degree from Dartmouth College where he was involved with the anti-apartheid divestment campaign and a Masters in City Planning from Massachusetts Institute of Technology.

Heeten is a certified South African Field Guide so that he can take people on safari in the world-renowned Kruger National Park—his favorite part of the world.