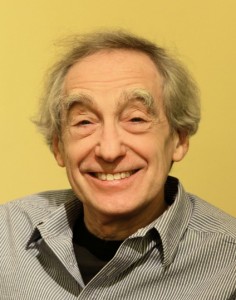 Dr. Colin Greer has been the President of the New World Foundation since 1985. Formerly, he was a Professor at Brooklyn College, CUNY.  Dr. Greer participated in and directed several studies of U.S. Immigration and urban schooling policy and history (at Columbia University and CUNY). He wrote briefing papers on philanthropy and government for First Lady, Mrs. Hillary Clinton, and on education policy for Senator Paul Wellstone.  He chaired the President’s White House Internship Financial Aid Committee (1992-4) and chaired the Funders’ Committee for Citizen Participation for 12 years.

His books include (with Herbert Kohl) A Call to Character and The Plain Truth of Things.  Other books include, with Frank Riesman and Alan Gartner, What Nixon is doing to Us and After Reagan What? He is best known for The Great School Legend and Choosing Equality: The Case for Democratic Schooling (which won the American Library Association’s Eli M. Oboler Intellectual Freedom Award). He was a founding editor of Change Magazine and Social Policy Magazine. He has been a contributing editor to Parade Magazine for 17 years.  His best-known interviews were with Mikhail Gorbachev, Billy Graham, and Bishop Desmond Tutu. He’s written numerous papers and given keynote addresses to universities, foundations, and other not-for-profit audiences.

He chairs the Board of the LARK Play Development Center (NYC).

He also writes fiction.  His poems have been published in Transfer, Hanging Loose, and Tikkun. Two of his plays Imagining Heschel and Spinoza’s Solitude are collected in Religious Differences Between Artichokes (Lantern Books) with a Preface by Cornel West. His book of poetry Gnashing My Teeth is forthcoming (Lantern Books).